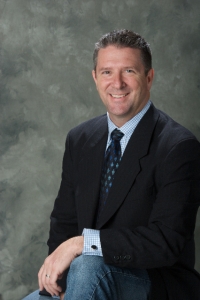 Louis Lipschultz, OD received his Doctor of Optometry degree in 1986 and has enjoyed a successful career as an eye care provider in the Chicago suburbs. Dr. Lipschultz acquired multiple eye practices from 1986 to 1994 to form one of the leading multi-location group practices in the area.

In 2000, Lou left full time practice to assume the CEO position at the world’s leading manufacturer of low vision and blindness products, HumanWare. After driving the growth of the company for several years, much of which was via acquisitions, he resigned his position to begin his new path in the development of web-based businesses.

In 2004 Lou assembled a team of web developers with unique skills in accessible web design (accessible by the blind and deaf) and created a global blindness portal driving new business to low vision and blindness manufacturers (and resellers) worldwide. He and his team then developed an accessible online meeting platform that integrated meetings, e-learning, team training, and on-location conference management. The system was later expanded into live streaming of video (webcasting) and the team subsequently leveraged their skills to build several proprietary web applications for Microsoft, the State of California, and the US Department of Rehabilitation. Thanks to their expertise, Lou and his team was also selected to complete the independent accessibility certification (VPAT) for Adobe Photoshop products from 2007 to 2012.

Lou is a professional speaker, having presented throughout Europe, Asia, Africa, and throughout the US, on topics in medicine, accessibility, and web technology. Lou resides in Fullerton California with his wife Susan Cotter, OD, a Professor at Marshall B. Ketchum University.